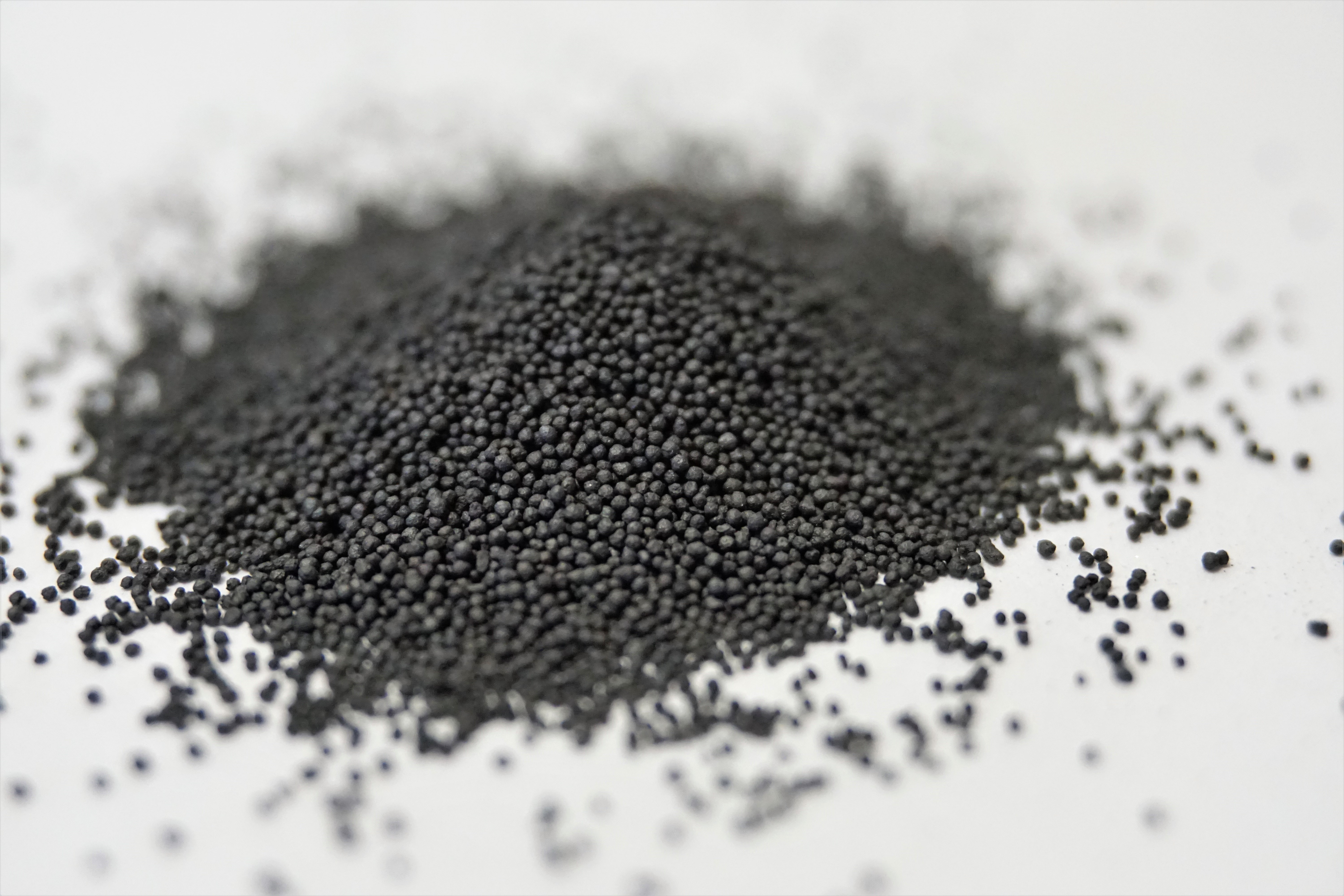 We recently started selling garnet as a 'disposable' grit for use mainly outside. It's a natural mineral; so it's environmentally friendly, has similar cutting characteristics to aluminium oxide, can be recycled and reused (limited) and is cheaper. 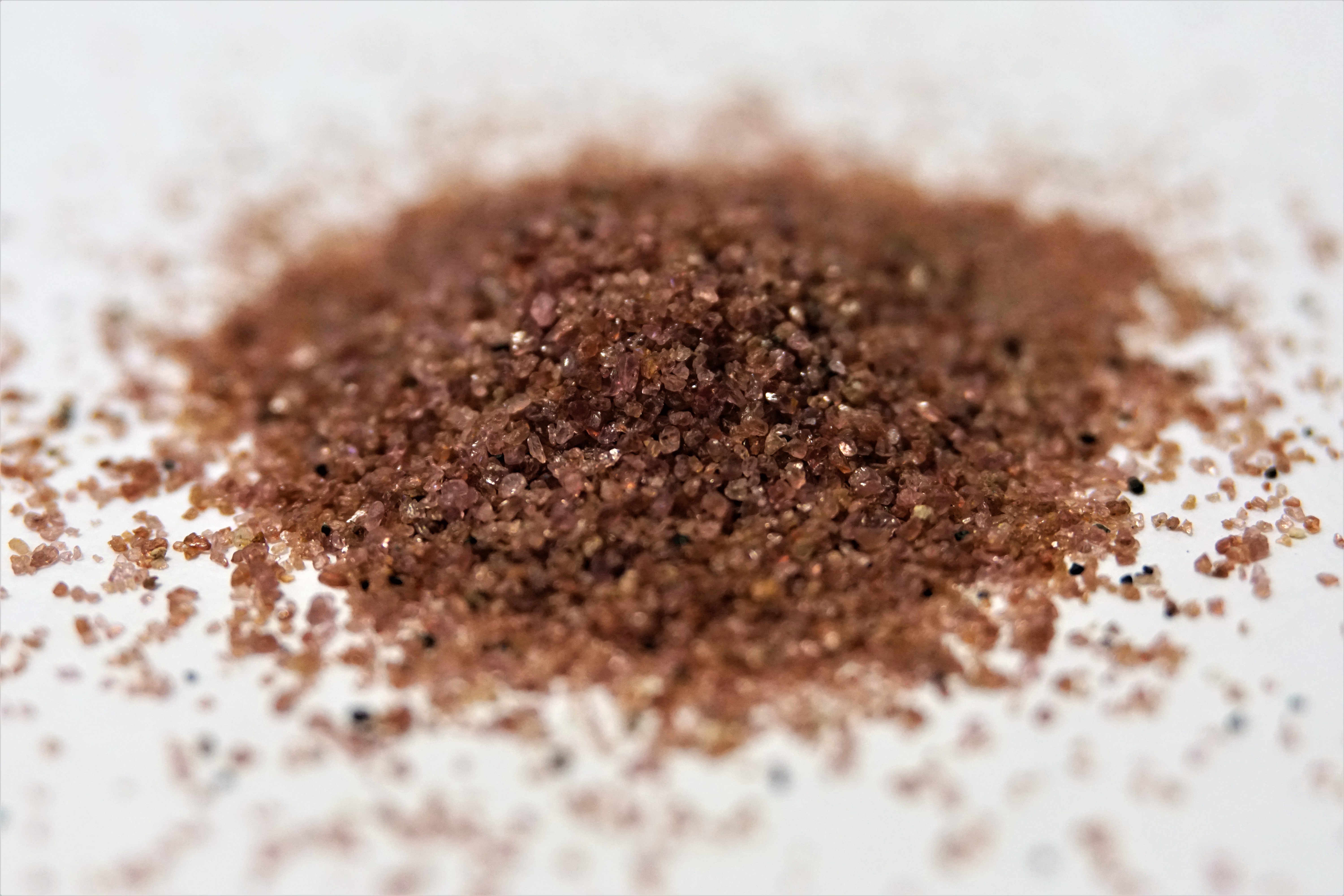 Once you have decided on what type of grit to use, the next question is how coarse the grit needs to be. The larger particles in the grit are capable of creating a flat bottom to blasted surfaces, the smaller particles are capable of getting into the corner of letters and they also smooth the blasted surface. Grit is always blended from a variety of different size particles, 40/70 grit has a mix of particles from grade 40 up to grade 70. The larger the grade number, the smaller the particles (much like polishing discs). For general lettering in a cabinet with good extraction, we would recommend 40/70 FastBlast  (It's funny, because one of our competitors doesn't like One using Sinterball in their cabinets as it highlights just how poor the extraction is) The larger particles in this blend create a flat profile to the bottom of letters whilst the smaller particles are small enough to reach the corners in most serifs. If you are blasting photoblast stencils then we would recommend using 180-220 reclaimed aluminium oxide.

***Pssst! Blast Shop Hint*** All of our Ali-Oxide grit comes in 25kg bags and is 'Virgin Grade'; meaning that it has only ever been grit - Not recycled machine parts, so you get a cleaner, more consistent blast..